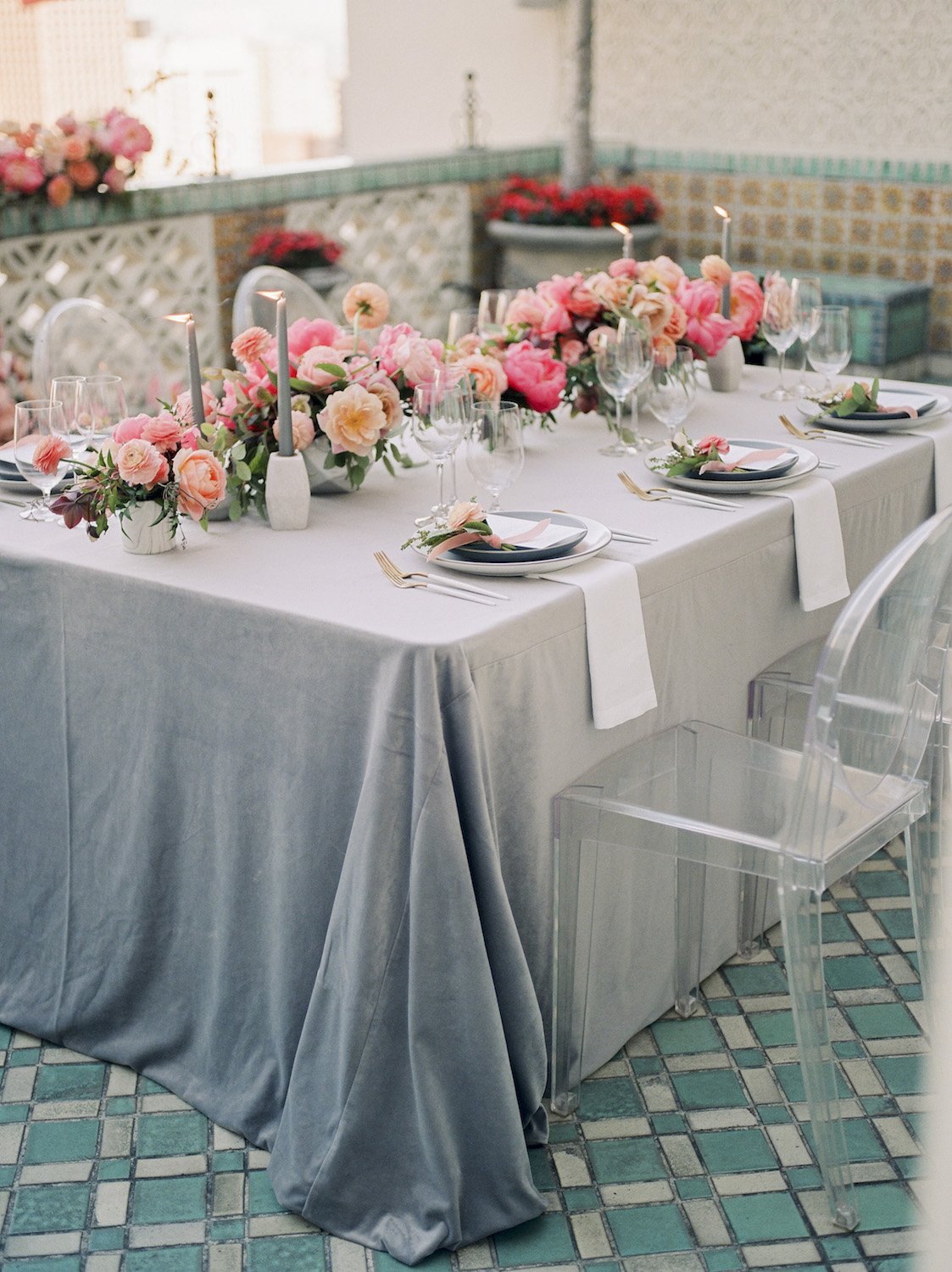 When designing this styled shoot, we drew inspiration from its magical venue, the world-renown Fairmont Hotel. Built at the end of the roaring twenties, the age designed to break the rules, the hotel boasts the most breathtaking views of the city. The shoot took place at its Penthouse, which hosts small intimate weddings above the Nob Hill skyline.

Influenced by the Eastern and Western architectural cultures of his age, the architect behind the suite, Arthur Upham Pope, designed spaces with echoes of the ancient world and visions of modern times. Our team played off the theme of the suite, to combine the traditional with a modern twist.

The teal-green tiles from the courtyard were the starting point for the color scheme. From there, coral and orange tones were chosen for the flowers, accompanied by grays and whites on the linen and table settings. A rich velvet tablecloth brought an added layer of texture. To minimize distraction from the beauty of the courtyard, we chose ghost chairs, which complemented the couple’s minimalist look. Calligraphy and ink pen drawing were used in the invitation and vow books as a symbol of the past, and the minimalist attire and table setting were used to represent the present.

We designed opulent mantels of flowers cascading down on both sides of the water fountain. Coral Charm peonies, garden roses, and floating candles created a romantic ceremony setting that popped against the monochromatic city skyline, ideal for a simple elegant affair. 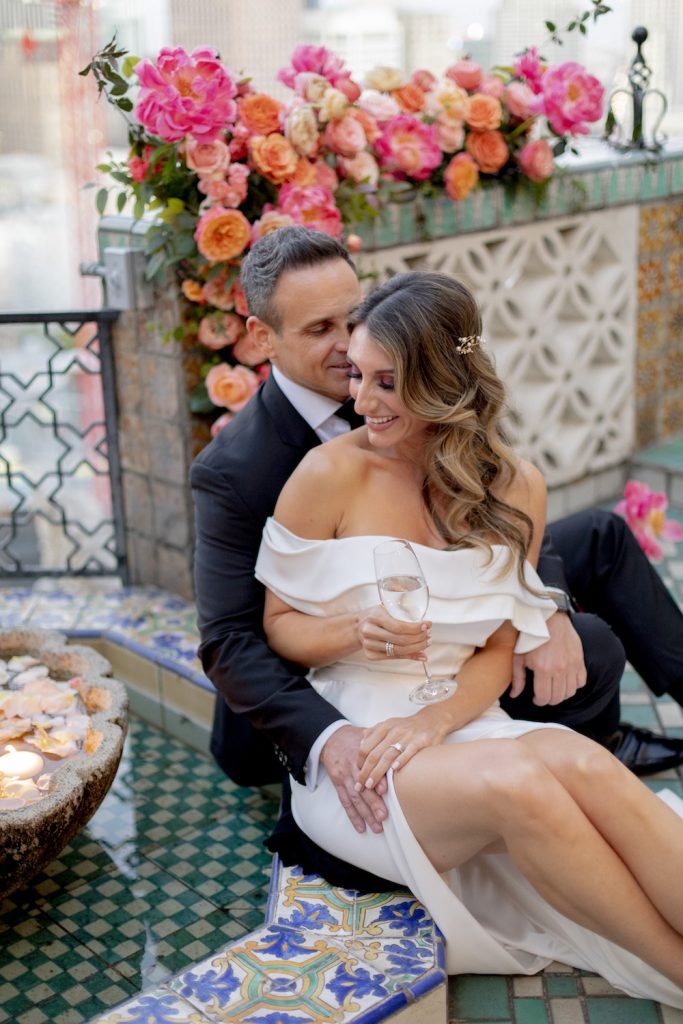 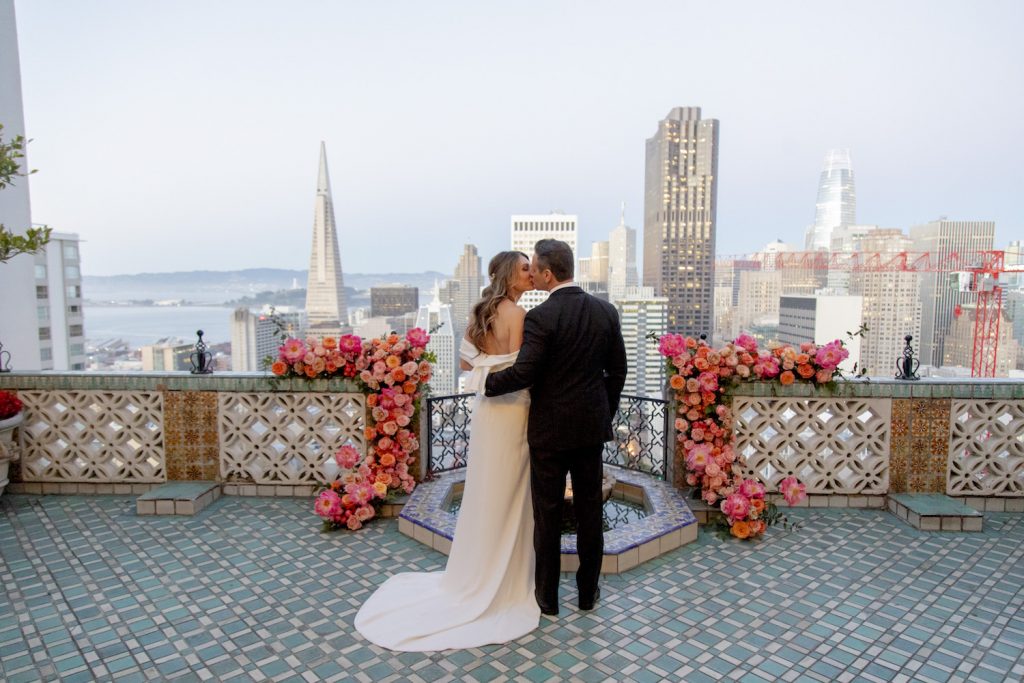 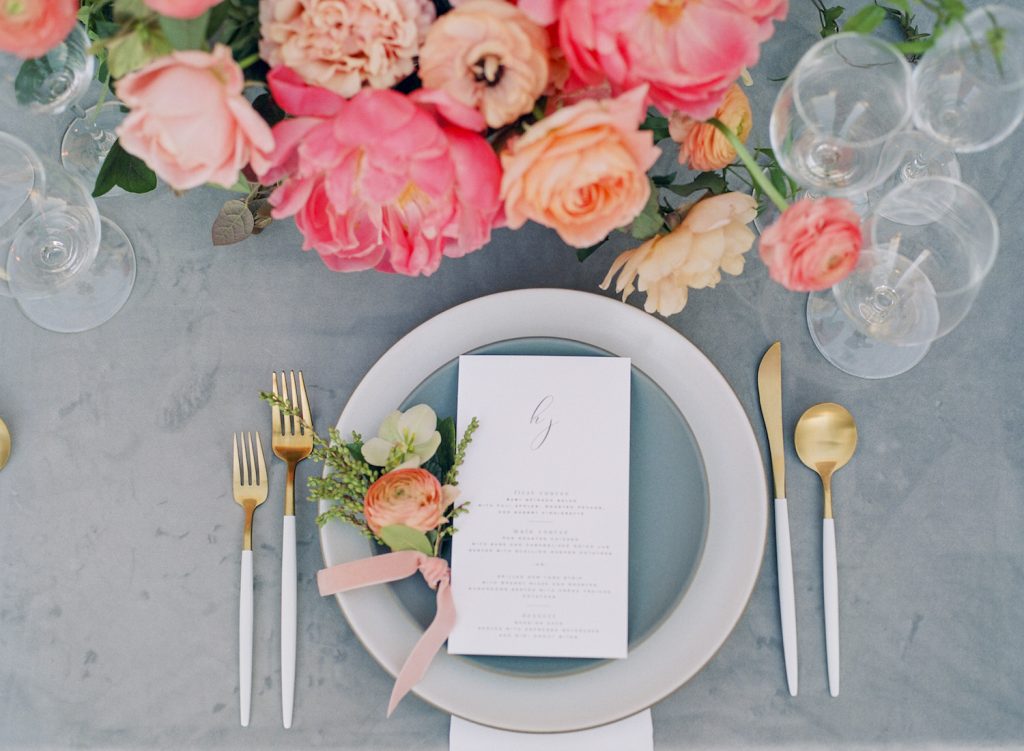 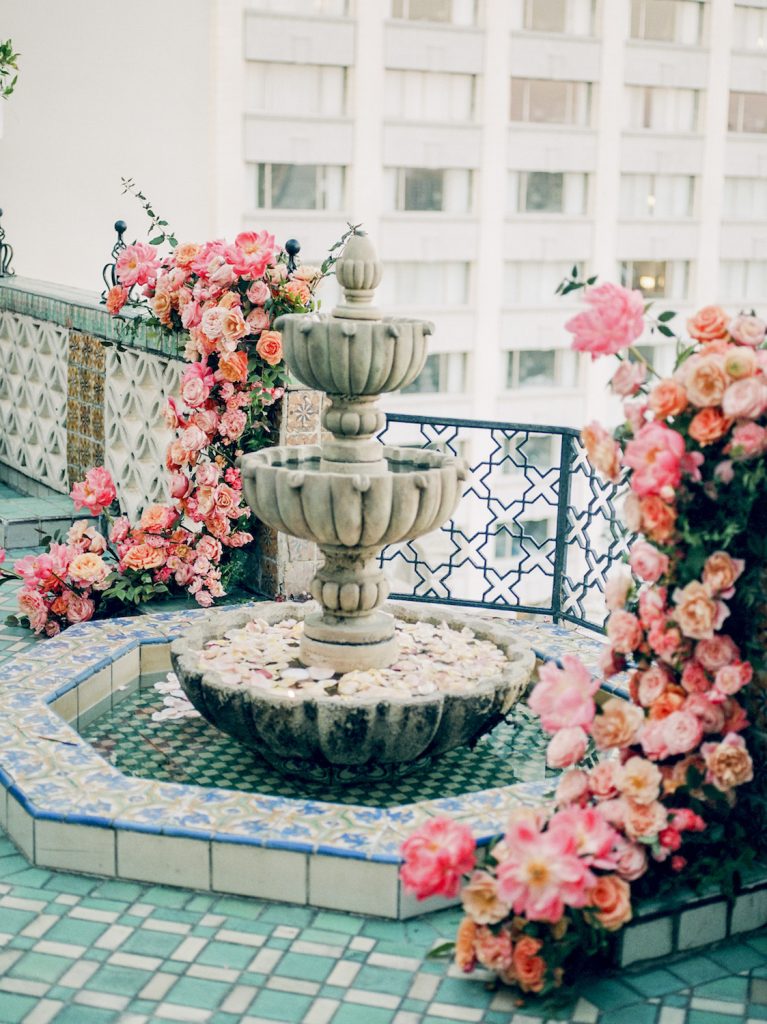 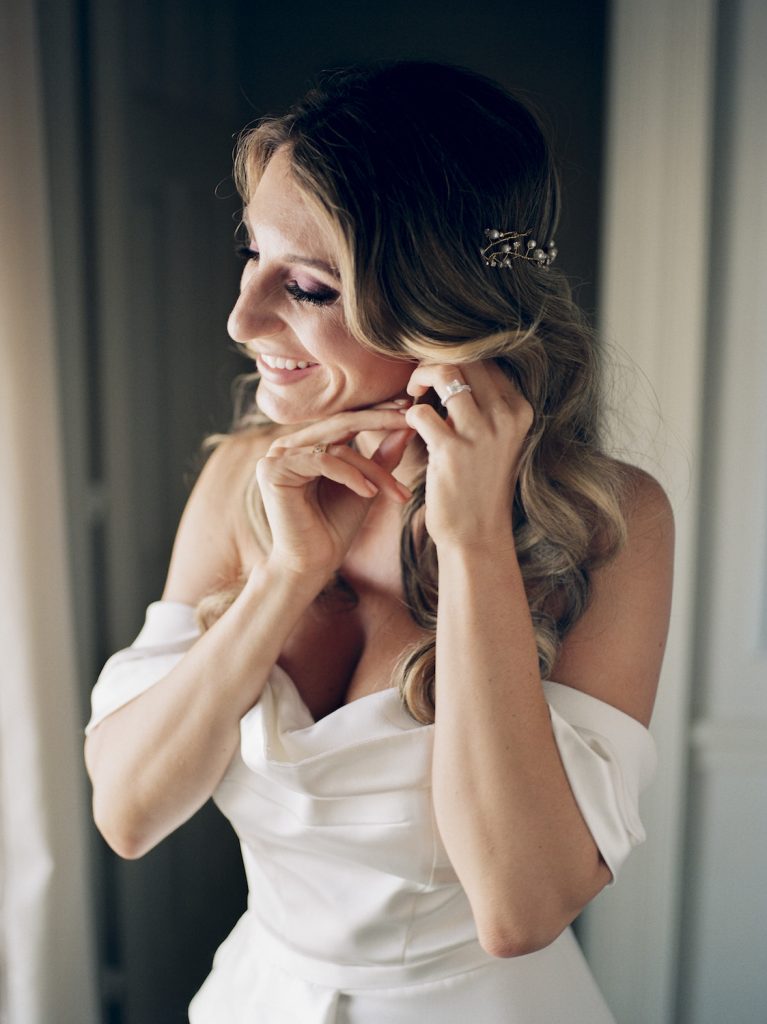 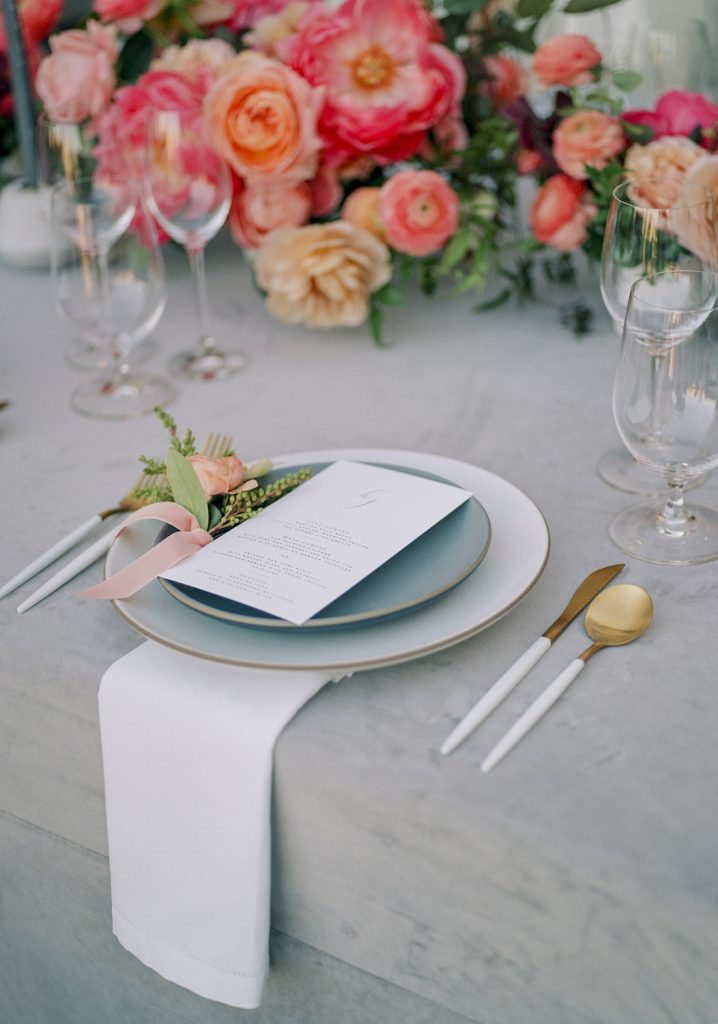 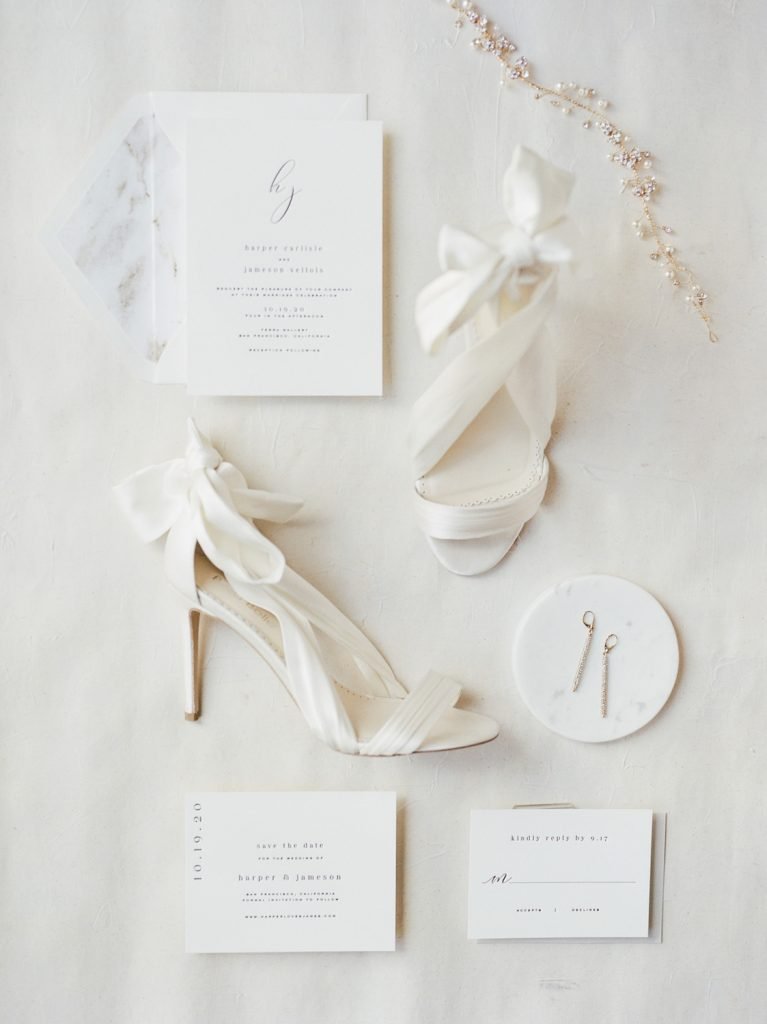 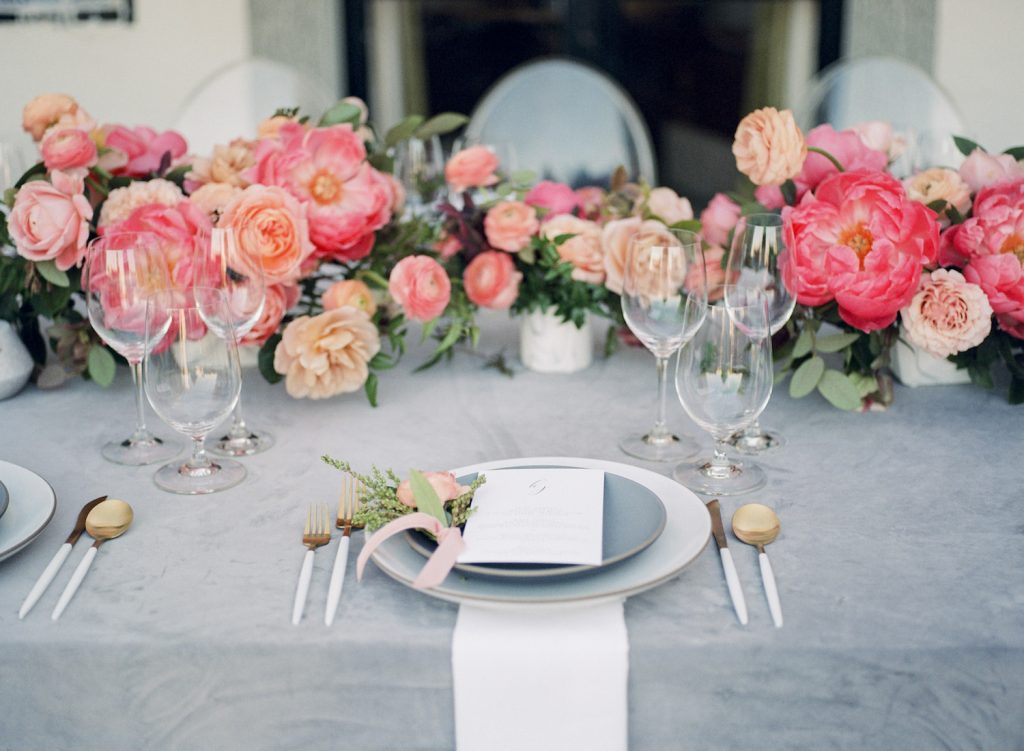 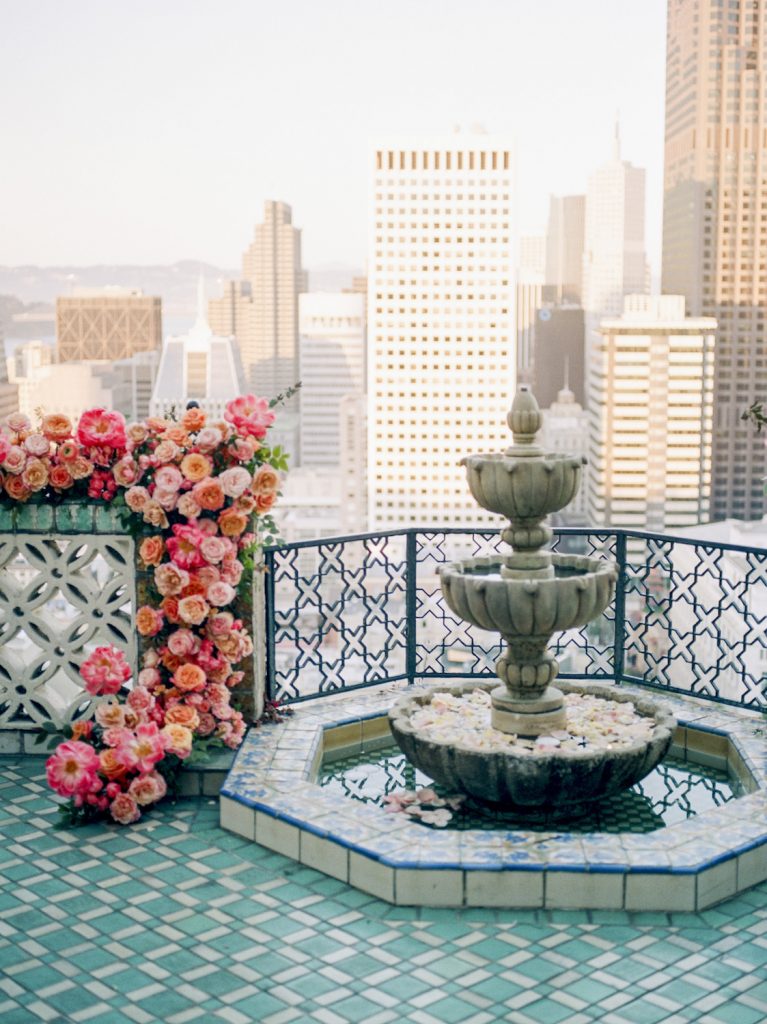 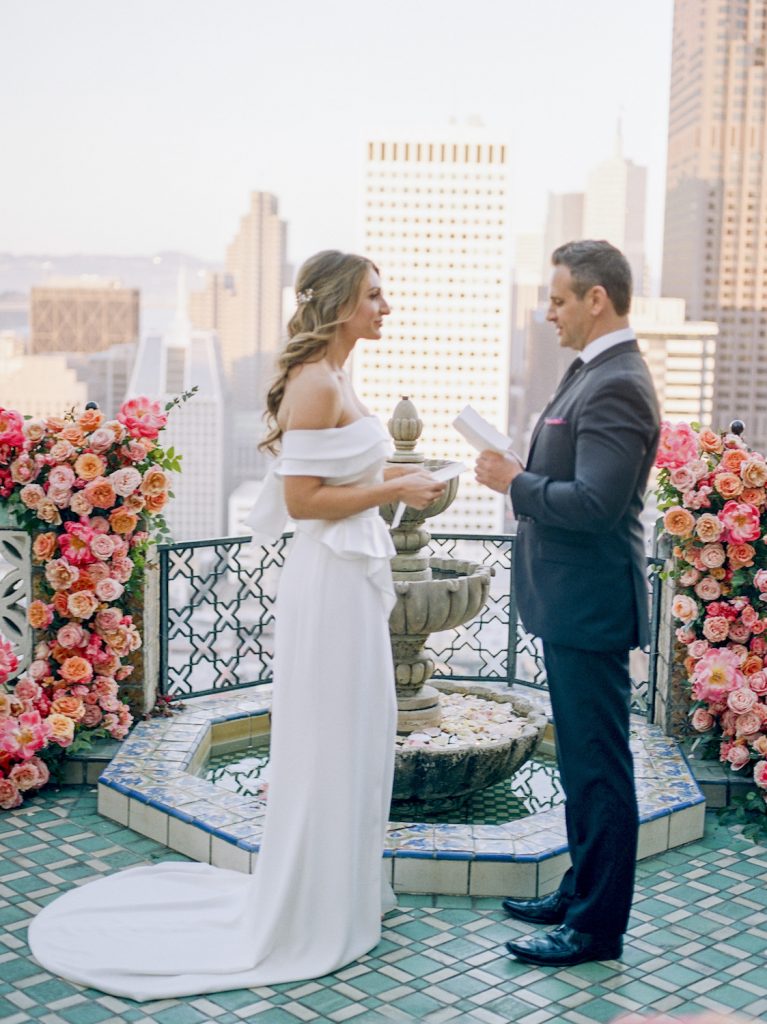 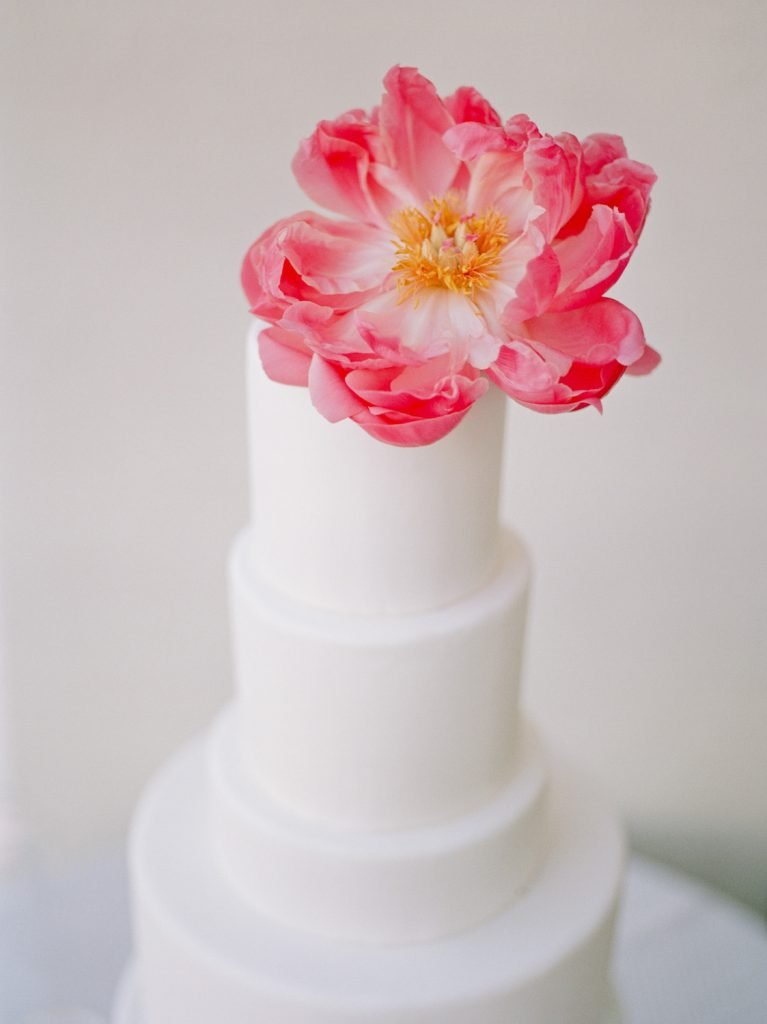 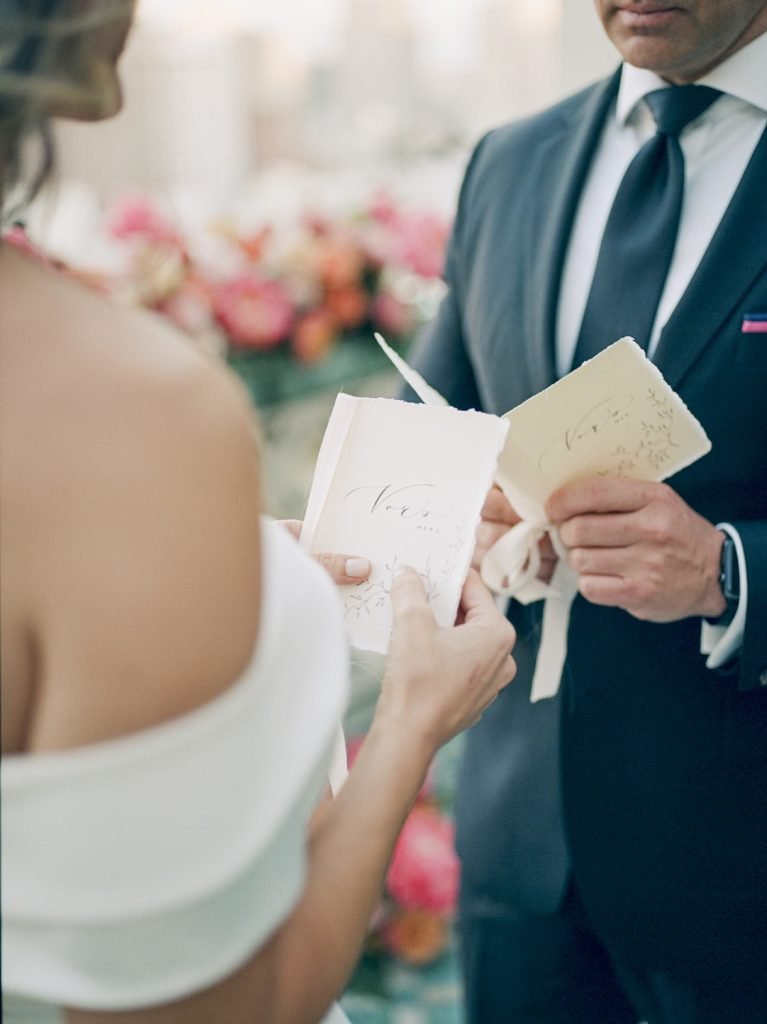 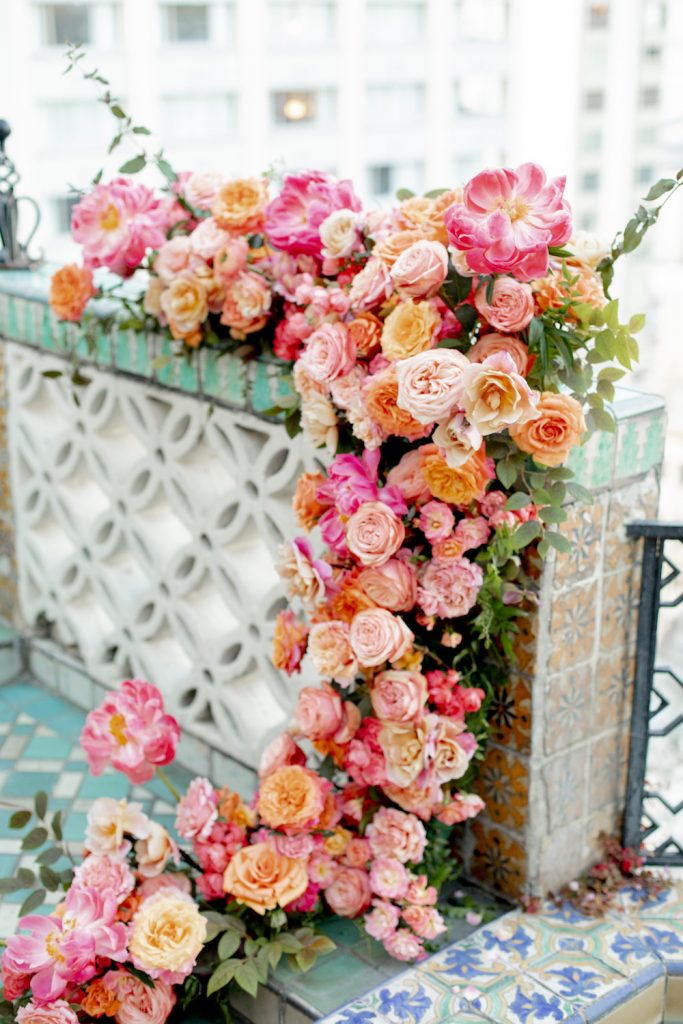 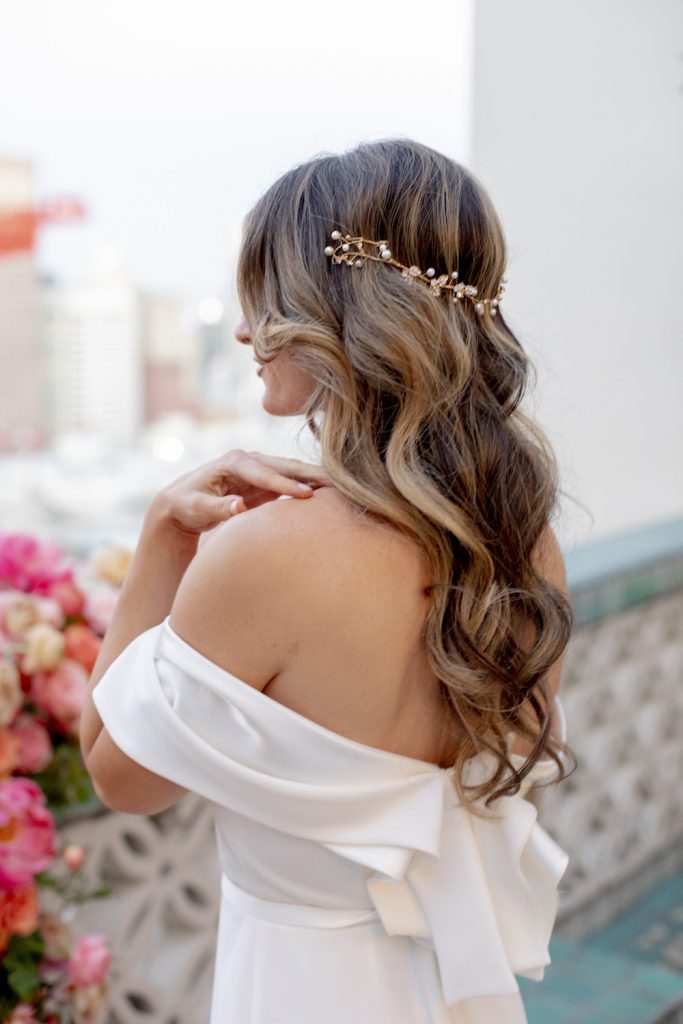 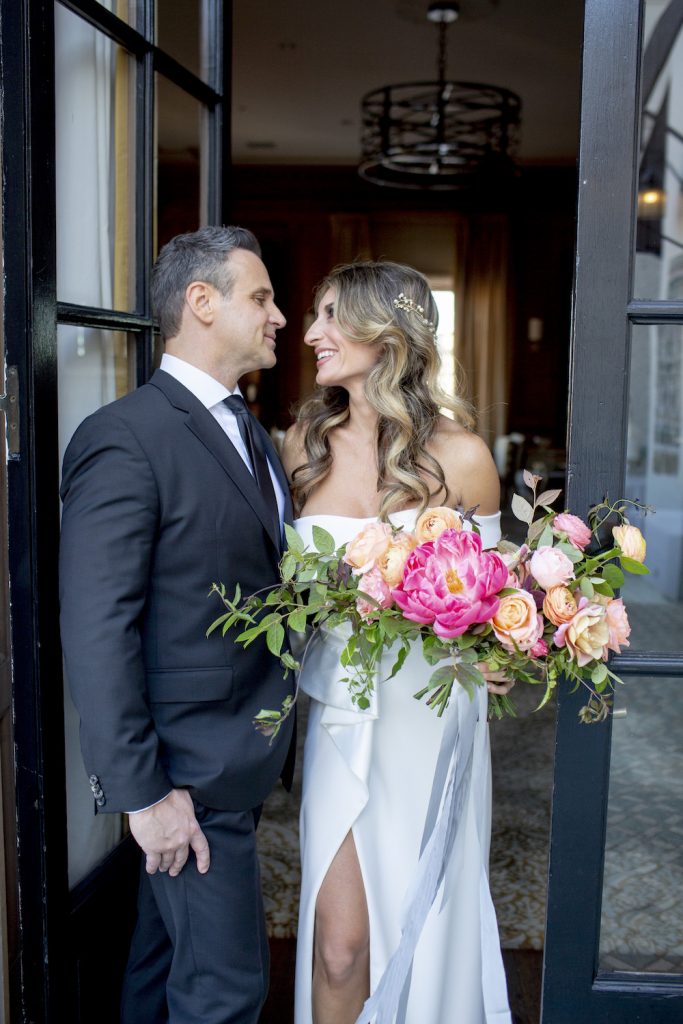 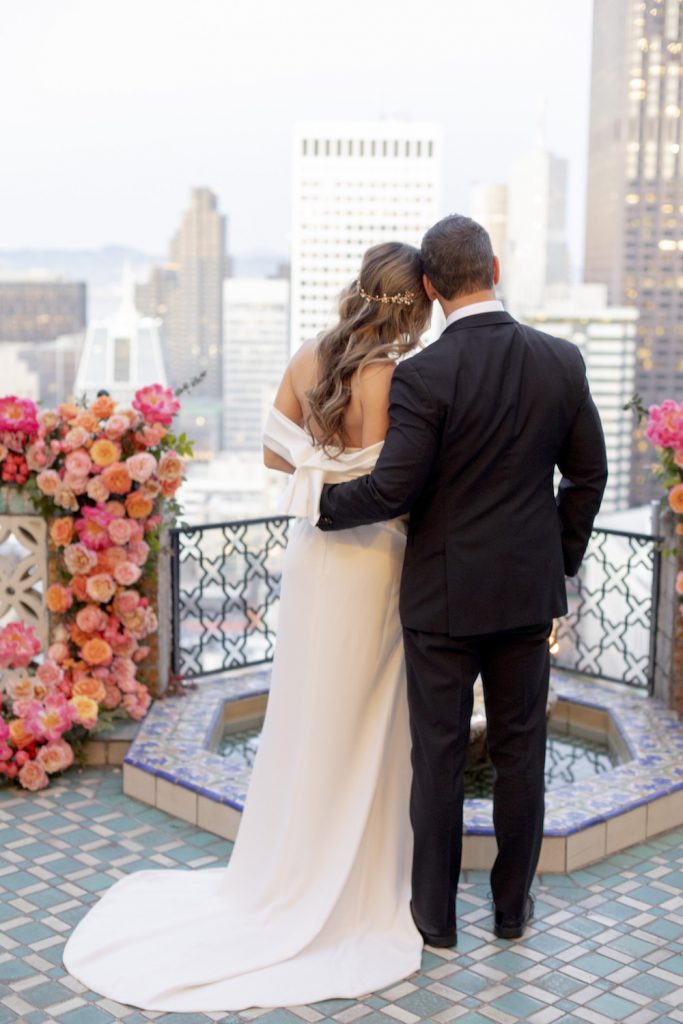 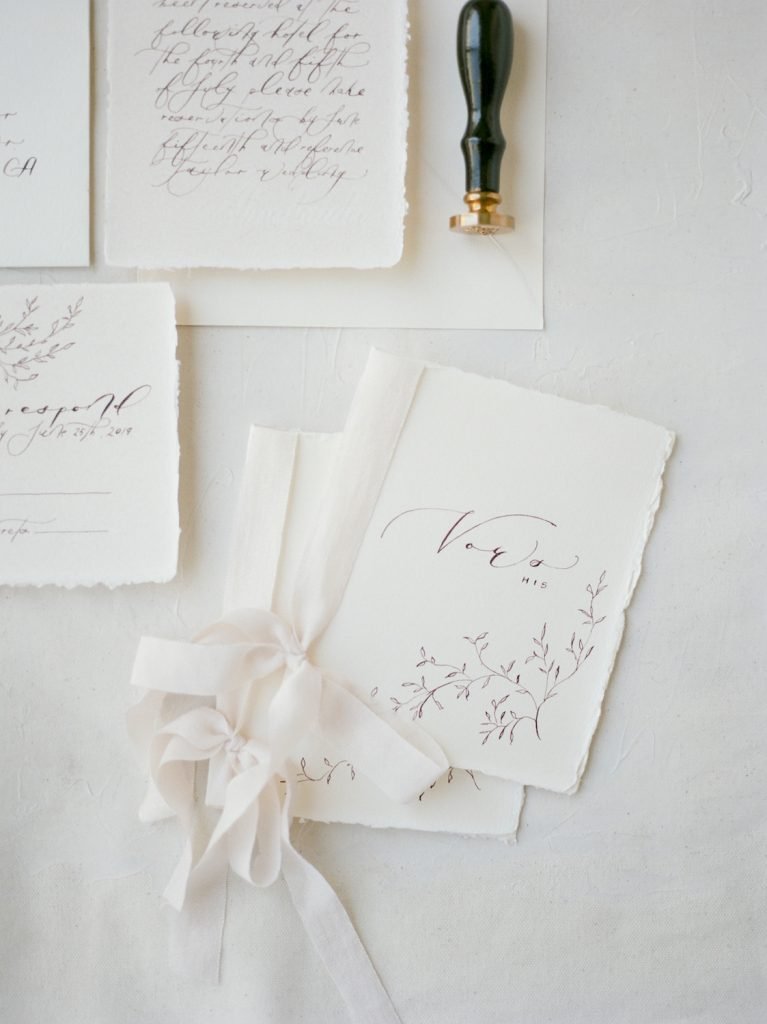 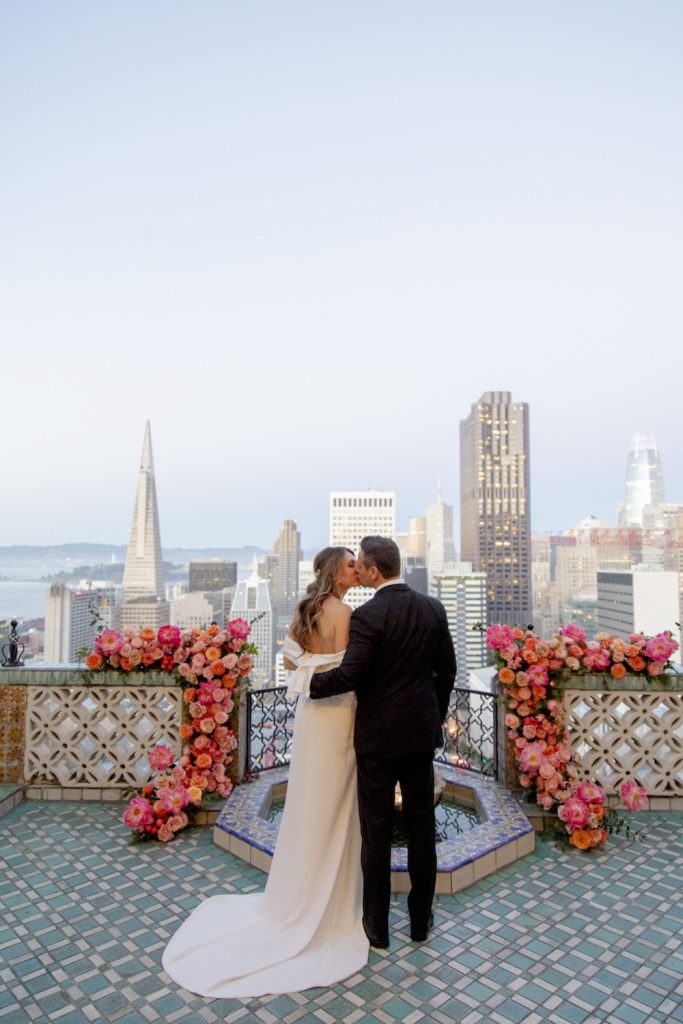 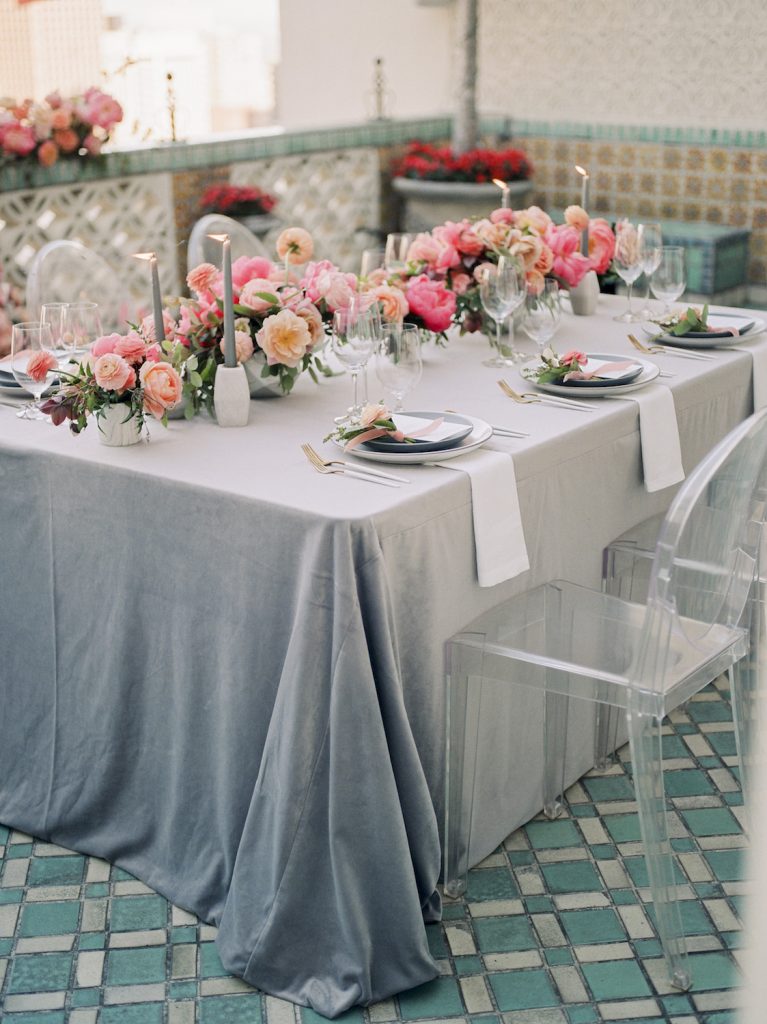 Looking back to this dreamy styled shoot from 2018

Another photo of our most recent styled shoot 💕

Sharing the first of many images from our recent s

Spring is here and we are so excited about all the